And yet despite the rising threat, businesses are blissfully unaware of the risks

Cyber attacks have the potential to negatively impact businesses in a number of ways.

From financial losses and extra costs of repairing security holes after a breach, to damaging reputation and trust from customers, to triggering declines in share prices of larger companies or even leading to people losing their jobs, the threat from cyber criminals is substantial and present.

Added to this, incoming data protection regulations like GDPR will likely lead to severe fines for organisations which fail to keep data secure so the consequences could be even more strict in the coming years.

And it is only likely to get worse as, according to another cyber security statistics report by the UK’s National Cyber Security Centre (NCSC), the risks to businesses from cyber attacks is “greater than ever before”.

There were 762 “less serious incidents” (those confined to single organisations) recorded between October 2016 and the end of 2017, according to the cyber security statistics report, with 34 “significant cyber attacks” (which typically require a cross-government response) recorded over the same period.

SMBs in particular have frequently fallen victim to cyber attacks, with cyber security statistics from insurance company Zurich claiming that 875,000 SMBs across the UK were targeted last year, with companies in London suffering the most.

However, despite this, a separate report has found that less than half (49%) of SMBs are adequately investing in cyber security measures with some only planning to spend £1,000 shoring up their defences.

It could be the case however, that too many SMBs are being let down by cyber security developers who are failing to provide the kind of adaptable and bespoke online encryption solutions these businesses need.

According to UK cyber security statistics, data in transit is increasingly prone to cyber attacks

Many small businesses fall victim to cyber attacks from data intercepted in transit. Usually this stolen data has been sent from a personal device without adequate online protection, or over a public wifi connection in an airport or café.

While big corporations grab many of the cyber security headlines and pop up in UK cyber security statistics frequently, it is actually SMBs which are a prime target for criminals who are able to deploy easily available tools and software to automatically mass target thousands of small companies at once, with as much effort as it would take to target a single small business.

SMBs also suffer from the fact that many are operated by only a few people and most don’t have the cash or resources to fund a full time IT department, so cannot completely protect themselves.

Even when they try, employees often crop up as a serious threat in their own right as the education around cyber security and online encryption is worryingly limited among UK workers.

Businesses are becoming ever more digital and the millennial phenomena of the “gig economy” and remote working is opening up further opportunities for cyber criminals to target unprepared and under-resourced small businesses.

The UK needs a fundamental educational shift when it comes to cyber security in a digital economy.

Given that the Government has said it will invest £21 million to boost the UK tech sector shows that digital business is not going to reduce in popularity or growth any time soon.

Failing to provide the kind of online encryption tools these businesses need to keep theirs and their clients’ data secure is only going to prove disastrous in the long run. 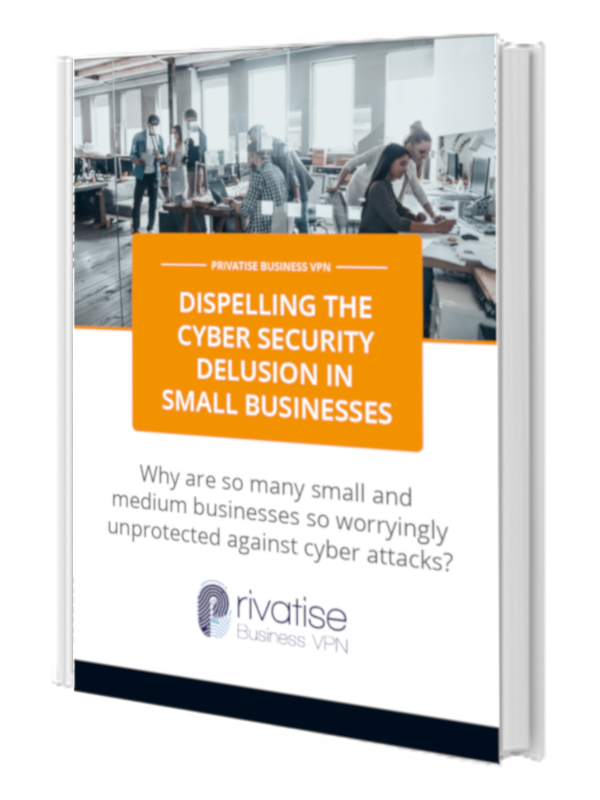